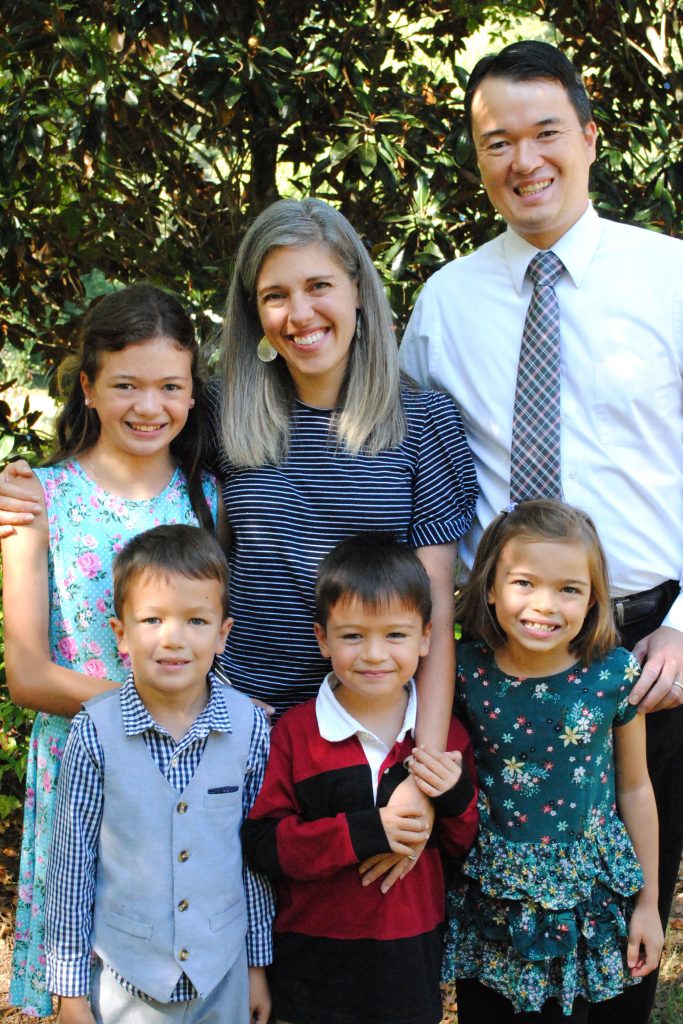 Ken Montgomery was born in San Francisco, CA.  He was raised by Christian parents, and grew up at First Orthodox Presbyterian Church . He attended Covenant College in Lookout Mountain, GA and majored in Philosophy and English, graduating in 2003.  While at Covenant he met his future wife, Emily. Ken taught at Alma Heights Christian Academy (Pacifica, CA) from 2003-2005.  He and his wife moved to Escondido, CA in the Fall of 2005 so that he could begin studying for the ministry at Westminster Seminary California.  During the summer breaks in seminary, he served in two successive summer internships at Harvest OPC in Vista, CA under the supervision of Pastor Mark Schroeder.

In May 2008, Ken graduated with an M.Div degree and in the same month was also licensed to preach by the Presbytery of Southern CA.  The Montgomerys then moved to Dayton, OH for Ken to serve a year-long internship at Redeemer OPC under the supervision of Pastor Bob Eckardt.  Ken was called to serve as an Associate Pastor of Redeemer OPC, and was ordained by the Presbytery of Ohio in November 2009.  Pastor Montgomery was called by the congregation of Geneva OPC to serve as her pastor and arrived in November 2016. In December 2019, Geneva OPC merged with Christ PCA to become Christ OPC with Rev.Montgomery as its pastor.

Ken enjoys reading.  Some of his favorite theological writers are Augustine, Hermans Bavinck and Ridderbos, Greg Beale, Bruce Waltke, and David VanDrunen.  Occasionally Ken writes haikus and is always on the lookout for great Japanese food.  He also likes playing ping-pong (or table-tennis, depending on the level of the opponent).  Ken and Emily have four children: Claire, Phoebe, Reuben, and Judah.

Join Us for Worship

Join our worship services at 11:00am and 5:30pm every Sunday Click here for livestream!